I went on a date with a guy on vacation from Switzerland a couple years ago, and had almost this exact conversation with him when it came time to pay for the meal. He knew tipping was part of our culture and always left a few dollars because, as he said, “your minimum wage is so low compared to everywhere else” and I informed him that servers make less than half of minimum wage and the rest comes from tips, and he was horrified. Like he had just witnessed a murder. He about emptied his wallet out on the table and vowed to tip 25% anytime he was in America. As someone who has worked as a server/bartender, I know a lot of folks in our industry don’t like serving foreign customers because they don’t tip well/at all, but it’s because we’re the only country that does things in this fucked up way, and they truly don’t know that in many places, people are making $2/hr. Like, yes, sometimes you can get enough tips to be making $30+/hr, but then there’s all the side work you have to do that nobody tips you for, the hour before open/after close where you are prepping and cleaning, the complete lack of breaks despite it being illegal. The best industry job I ever had paid me the full minimum wage instead of the server min. That’s extremely rare. I wore the soles completely off my shoes and destroyed my knees and had no social life for an industry that considers $10/hr to be a crazy high wage.

Hospitals are struggling for nurses right now because people are leaving the profession entirely or leaving for temporary travel contract positions that pay well. They have been treated poorly, underpaid for the work they do, and inadequately protected this year, and they’re done.

My brother in law said they’re advertising for a position in his normal unit, offering twice his salary. But they won’t offer him extra to stay after risking his life working in the COVID unit for months, so he’s out. It’s absolutely insulting, and so many industries are going to have a major reckoning coming up.

My father retired early because they refused to hire just one person to help with the work load. They had to hire 5 people to replace him.

This is a common occurrence amongst his retired coffee group.

One lady was a head nurse that ran two floor at her hospital. They wanted her to take on more work. She agreed to do so oy if they gave her a small raise and hired an assistant for her. They refused so she retired early. They had to replace her with 20 people.

You are NOT replaceable!!! They tell you this to make you complacent to their exploration of you.

Fun fact! This sort of reckoning happened after the Black Plague, also! I’m no historian, (and history side of tumblr, please come in with the accuracy) but I did look into the history of the Black Plague for writing purposes, and in that case, it was because there were so few people left that peasants started agitating for better treatment and fairer wages, and because there were so few people who could do the work they had been doing that they were able to gain better wages and better hours.

Historically, the labour shortage created by pandemics means a heightened bargaining capacity for workers of all sorts – an if there was ever a time to take advantage of knowing history, it’s now. Because the thing is, in these “unprecedented times” there are precedents, and the precedent leans toward workers. During the Black Death, villages emptied, fields were left, and people migrated to find work that paid them better and offered a better way of life.

Wages for lower-class workers rose drastically. In Oxfordshire; a plowman who had earned two shillings per week before the plague could command 10 shillings per week afterward. Pay rates for artisans increased, too. In Paris, wages for masons quadrupled between 1351 and 1355.

This isn’t to say that the elites just let this happen, either. Laws were passed to limit wage increases, and threats were made, but the workers had economic bargaining power on their side. Labour was in such short supply that employers and landlords had to take what they could get. The people held out – and so can (and should!) YOU.

This was the start of peasant revolts, popular rebellions, and – ultimately, more labour protections, political representation for the lower classes, lower taxes, and an end to serfdom. People could afford to own their own land, the feudal system vanished, and eventually, the Renaissance would rise.

In these unprecedented times, there is a precedent, and that precedent is that when workers know their worth, agitate for better and for more, when they hold out and unite, they force the elites to loosen the reigns, giving more power, autonomy, rights, and profits back into the hands of the workers, and with that freedom, society improves.

Know your worth. Know that you have bargaining power. Let’s make this pandemic part of the precedent. <3

? “Historically, the labour shortage created by pandemics means a heightened bargaining capacity for workers of all sorts – an if there was ever a time to take advantage of knowing history, it’s now. Because the thing is, in these “unprecedented times” there are precedents, and the precedent leans toward workers. “ 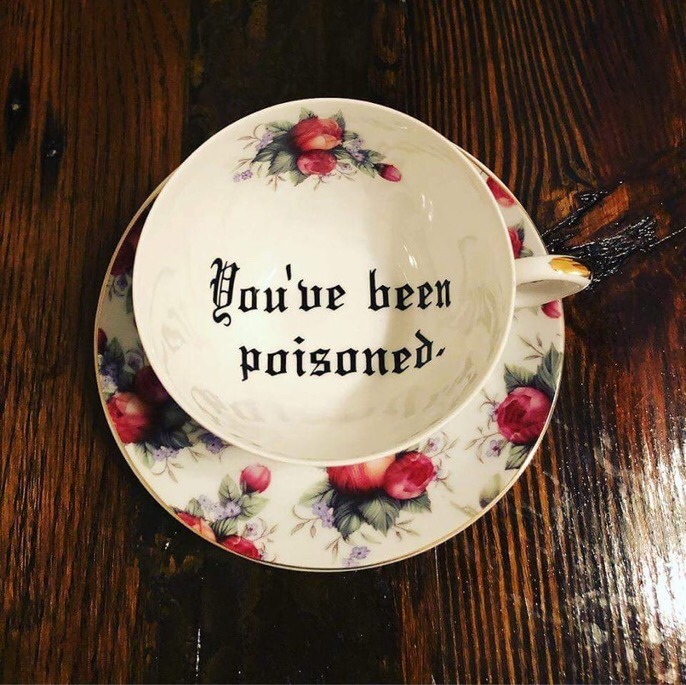 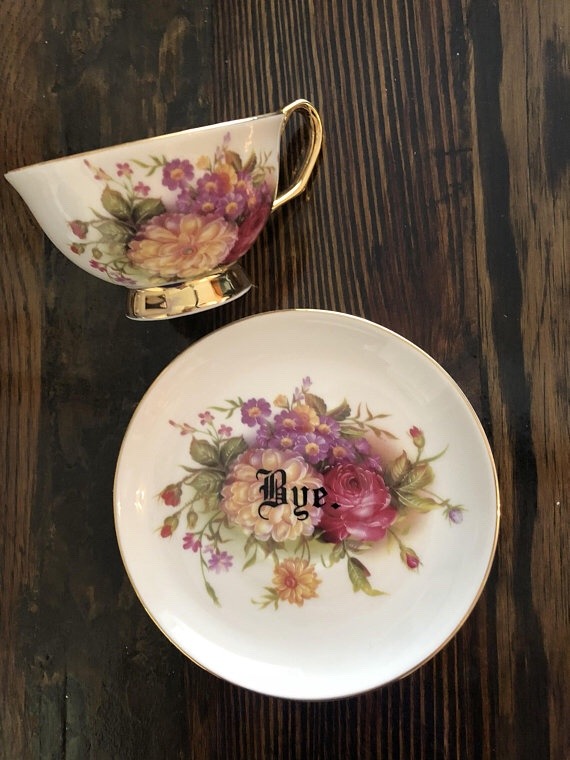 I think on top of raising the minimum wage this needs to be a focus of ours as well. We’re overworked, miserable, exhausted. Everyone is jealous when you decide not to do overtime (if you’re even allowed to refuse). Everyone is jealous when you are out two weeks because you caught COVID and are trying to recover. Everyone is jealous if you get 8 weeks off to recover from surgery. “How was your vacation” people will say and I can always hear the bitterness in their voice. Americans are so broken that a ton of us straight up wish to be hurt or sick just to get a few weeks off lol. 1 in 4 Americans don’t get any PTO. The rest get on avg 2 weeks total. We are suffering, my dudes.

There’s a vaccine now. I know because my brother was born in 2005. By the time he entered 3rd grade I realized he had never had the chicken pox in all that time. I go to my mom like “ain’t it about time he had the chicken pox? What’s happening here?” She tells me he got vaccinated. It’s apart of the immunization shots kids get to go to school. Of course my mind was blown. Chicken pox was a right of passage when I was growing up and they’ve just eradicated it. Wow.

The vaccine was released WHILE I WAS HOME FROM SCHOOL WITH CHICKEN POX. Do you know how mad I was

i have fond memories of being the neighborhood chicken pox typhoid mary. i got an asymptomatic case. i had like… 2 pox. i got to watch my little brother and all my friends turn into itchy sobbing bath cryptids while i suffered not at all. i kinda feel like several of them were still getting revenge years later, in hindsight.

in seriousness though, it was occasionally dangerous, and even when it wasn’t, it left scars that really ruined some kids’ self-esteem. vaccines are so great. like not that anyone outside the tinfoil hat contingent is doubting that right now, but i just had to say it. they’re so great? i’m so proud of humanity sometimes. we really did that!

Yeah I got it like a week before I was supposed to be vaccinated in prep.

Fuck that bitch whose parents brought her to school while she had it so they could grab some craft she left behind.

If you’re not 100% sure if you had it, or you only had a very mild case, make sure you get the vaccine anyway. (Getting chicken pox more than once is unusual, but it can happen – particularly if you’re under chronic stress or your immune system is weaker.) And make sure you vaccinate your kids, even if you think “Oh, nobody gets that anymore”.

If an older person who had chicken pox as a child develops shingles, they’re shedding the varicella virus. Which means an unvaccinated person can catch it from them.

I had chicken pox for the SECOND time at age 25, after having a very mild case as a toddler, and oh my god it sucked so much. It’s a lot more dangerous when you’re an adult, and can cause long-lasting problems.

I was one of the oldest kids required to get the vaccine! My high school required students to either have already had it or be vaccinated. I’m likely naturally immune to it given the sheer number of opportunities to get it when I was a kid, but far better to be safe than sorry. In fact, I actually received a booster shot in my mid-20s because Science advanced and it became a two course vaccination. 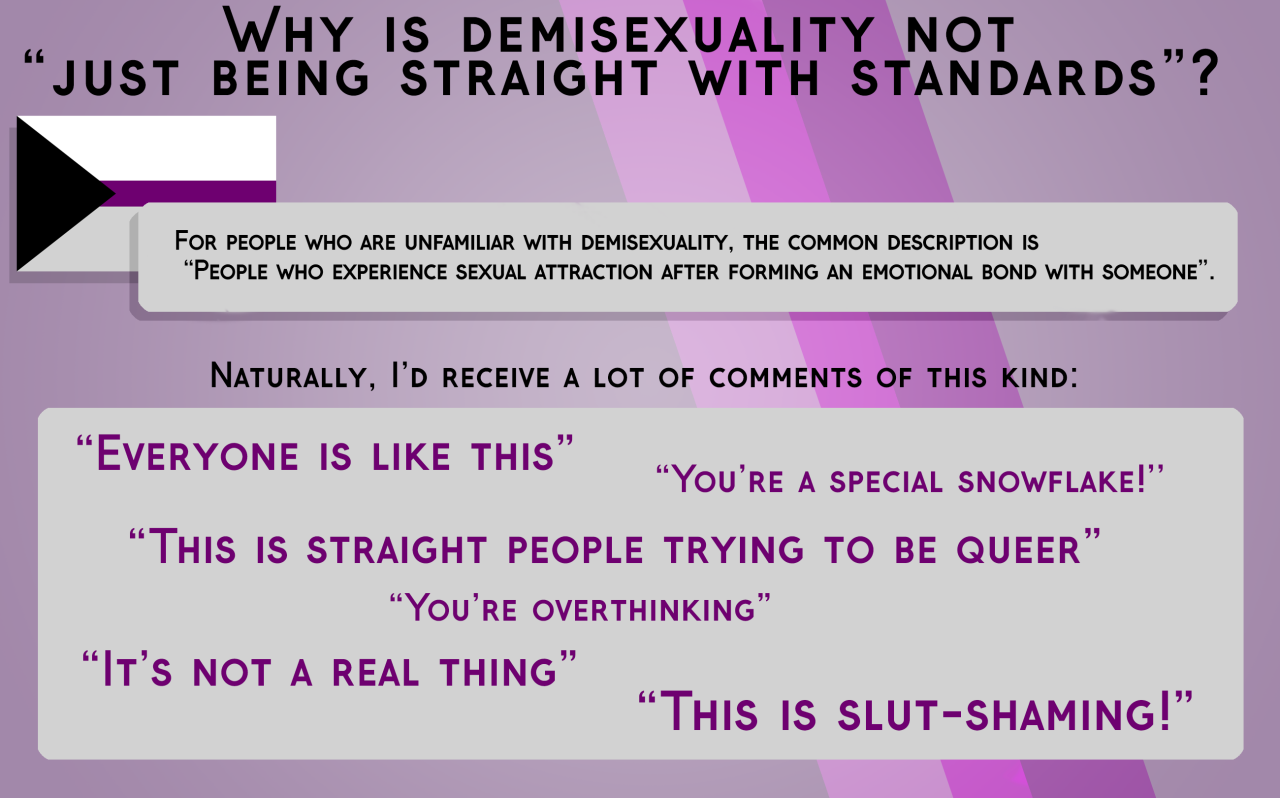 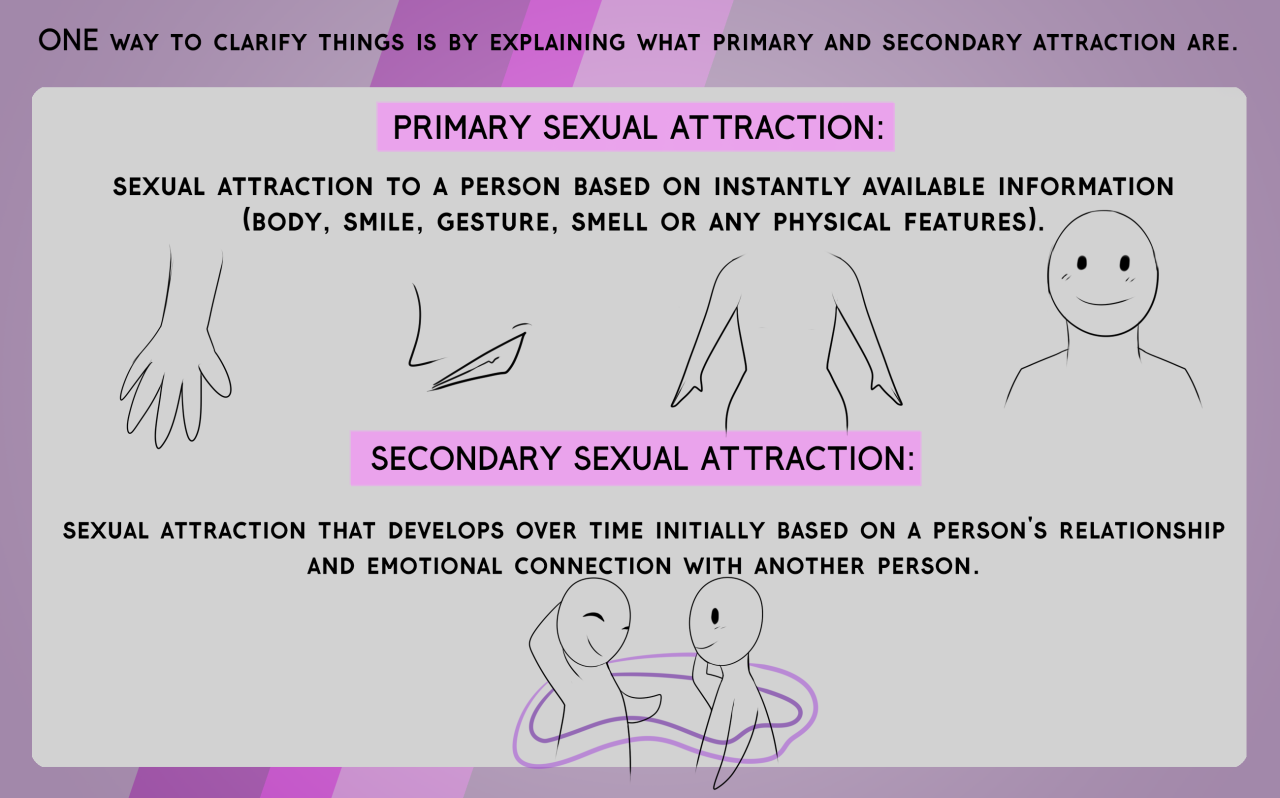 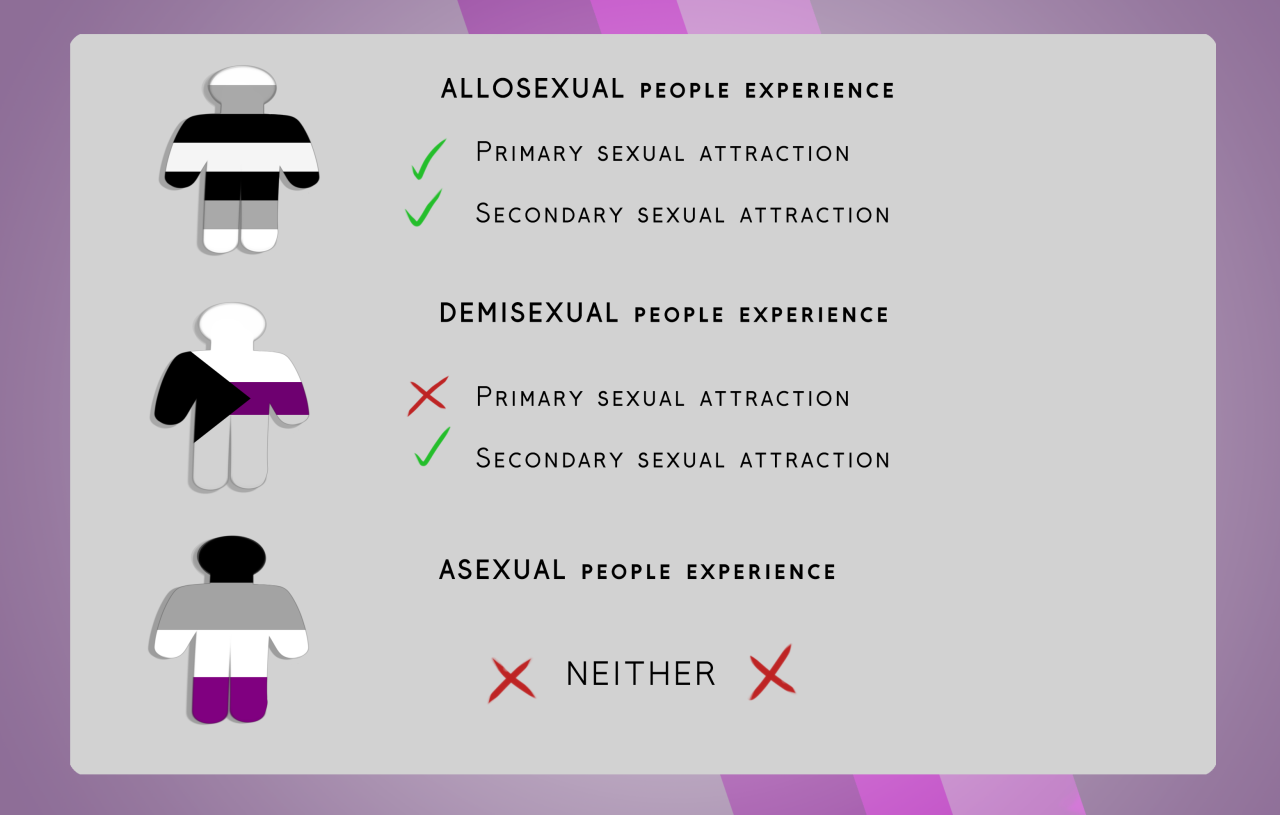 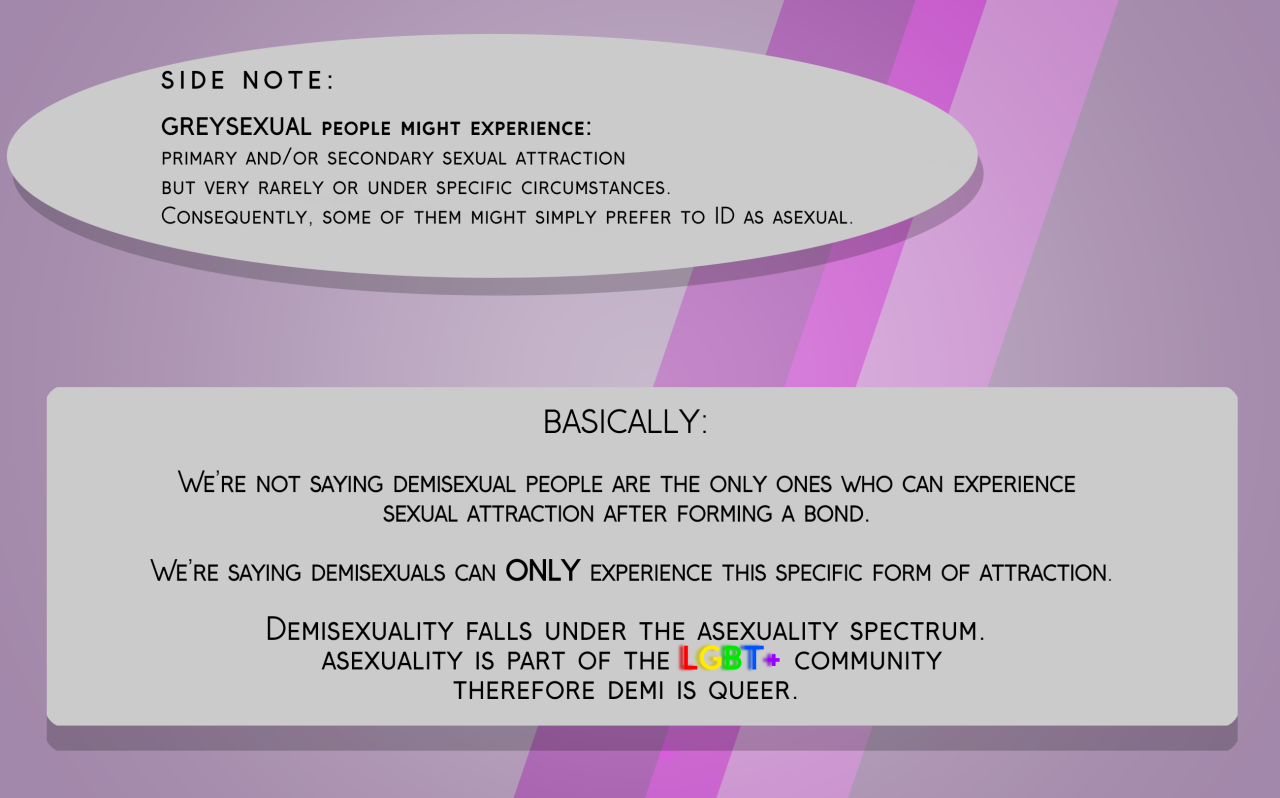 look at this AI background building site!!! you doodle a very basic arrangement of landscape items, click a color reference, and then presto-change-o, it makes a nice photographic bg!!

this could help so much when i need a reference for a bg but can’t find the right image :OOO