Come on comment spammers, you can do better than that.

So, spam. I knew I’d end up with a fair amount of it on this blog, which is why comments are all moderated. It doesn’t really bother me that much anymore, as I’ve just accepted it as a fact on the Internet. So the fact that I’m getting comment spam doesn’t aggravate me – once The Googles had crawled my site, I knew I’d be getting spam.

Sure, the comment spam is stupid – I mean, they make it as generic as possible in order to get it through spam filters, after all, so it reads like some air-headed ditzy human decided to post something just to make himself or herself look like he/she’s participating.

No, the part that pisses me off are the typos.  Intentional typos, that is. 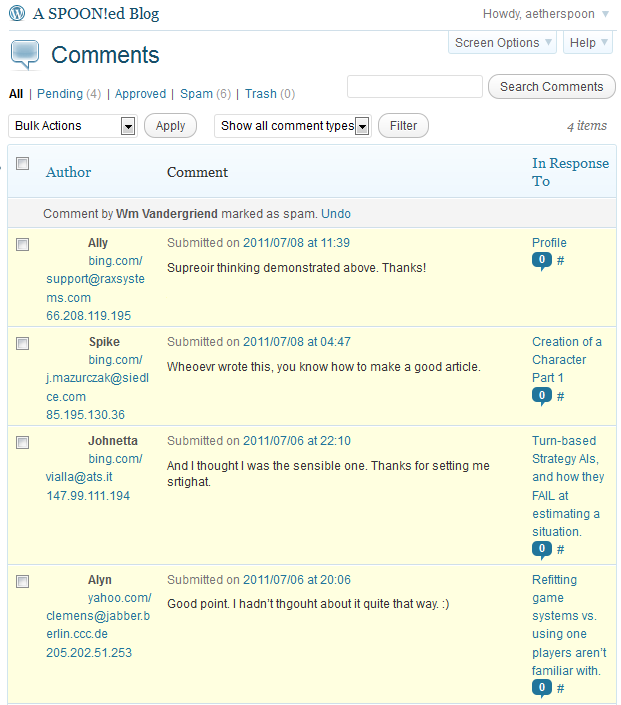 Read those.  Read them carefully.  Each one of these were obviously from the same spam engine, as they all have the same things in common.

What do I mean by the last one?  Use the four above screenshotted spam posts as examples.

Come on spammers, you can do better than that!